No luck this year. The reason for failure was definitely my indecisiveness. I just couldn't settle on the game mechanics; how much I should borrow from Mass Effect 3 or should I stay in-universe and try to stay faithful to the source material as much as possible.

And I should've began from gameplay instead of map generation. I wanted to have shooting happen at once instead of doing it turn by turn like in Drakefire Chasm, where it can take awhile to get your turn if multiple enemies are using ranged attacks. Implementing -- or rather, thinking how to implement -- it took longer than I had anticipated.

I got it figured out in the end but I still had the other problems left. And the maps started to seem too cramped for nice shooty action. Not that I actually got into trying them out, though. I kind of gave up before getting anything done aside from the map gen. I also had trouble settling on the palette I should use.

It would be a shame to throw away the shiny title screen I put together, though. I'm fairly certain I will actually make this game over the next week or two. Once I can finally decide how exactly I want it to be, that is. 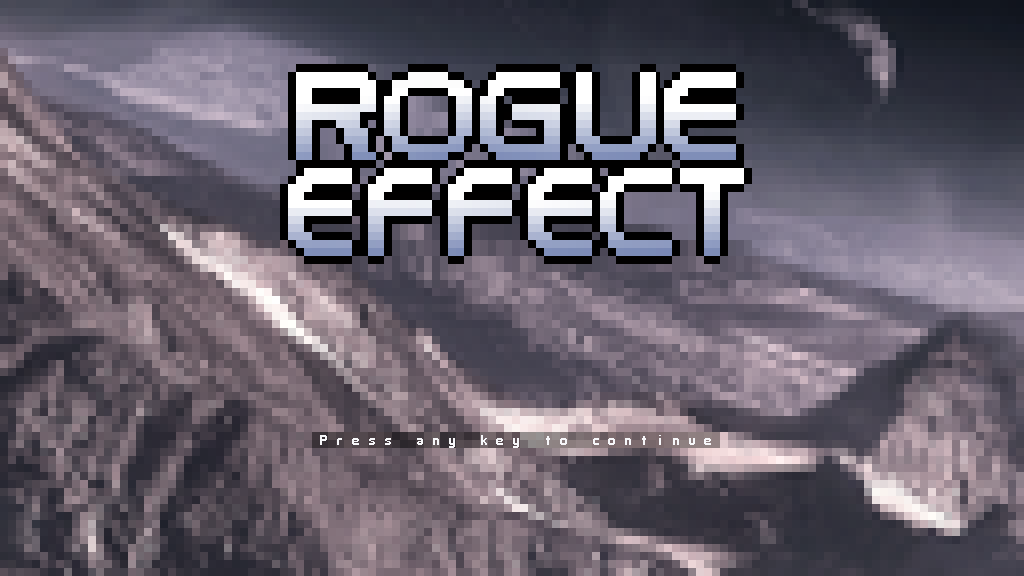